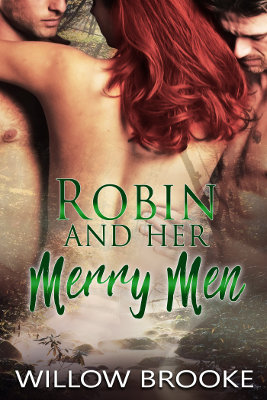 What do you do when you have everything and want for nothing? You change the world around you and help those less fortunate.

Robin Hoode was born with a silver spoon in mouth, but never felt comfortable in the life of wealth and privilege. Growing up, she had always been the odd sheep in the family, taking her overabundance of lunch money and extra food to the homeless and less fortunate in secrecy. When the mayor taxes the town’s people out of their homes and out on the streets, Robin sees an opportunity to take a stand and give back to the very people whose blood and sweat built their city. Like a thief in the night, Robin Hoode steals from the rich to give to the poor.

Will Scarlett had a great career, owned his own house, and lived a comfortable life…until Mayor Nottingham ruined the blue-collar economy and he lost everything. Forced out of his home, he joins forces with others like him and takes refuge in Sherwood Forest, living a life of serene simplicity. When a nosey little journalist starts poking around in their business threatening their existence with promises of money and supplies, he fights the undeniable attraction and the ache in his jeans to protect their last resort for survival.

John Naylor, or Little John as he was known growing up, has loved Robin as long as he could remember. When she takes notice of him for the first time as the attractive man he has become, John risks it all to help her on her mission—even at the cost of family and his position in life.

Robin and Her Merry Men Reviews