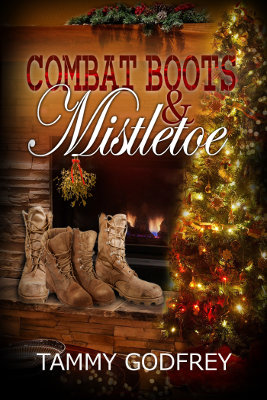 On their last deployment together Shawn covered Sasha body when a bomb hit. Melody promised Shawn anything just to stay alive and with her. All he wanted was 24 hours of doing anything he wants to do. Sasha agrees.

Sasha Annabel McGee or Colonel McGee of the United States Army is in command of a Brigade at Fort Drum, New York. When she throws a Christmas party for her headquarters company, it gives her a chance to see Chief Warrant Officers Shawn Sill, one last time. The man, who once saved her life, is now leaving her command and will be deployed back to Afghanistan without her.

Shaw’s last request is that Sasha keeps her promise to him before he deploys again. Shaw’s life has been nothing but the Army and watching after Sasha, even though she wasn’t aware of it. But, the physical scares he received during his last deployment to Afghanistan are keeping the woman away. Sasha personal life has been nonexistent after her divorce from her cheating husband. Sasha continues to focus on her job but dreams of the soldier she can never have.

Other Books in "Combat Boots"